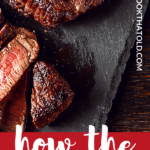 The so-called “carnivore diet” is the latest in a long line of restrictive elimination diets. While vegan, gluten-free, paleo and ketogenic diets are all relatively well accepted by the general masses, people often recoil with disgust and confusion when hearing of individuals who eat exclusively animal products.

How can that possibly be healthy?

After all, the literature from the last several decades has urged citizens to reduce meat consumption and, at the very least, eat more healthy fruits and vegetables–not none at all.

Meat isn’t the only food allowed in the carnivore diet. Good news, right? Other animal foods include dairy, eggs, fish, and bone marrow.

As it turns out, many individuals are seeing extremely positive health results after only a few weeks of an exclusive meat diet.

Thousands of curious individuals, including many with pressing symptoms modern medicine and other lifestyle changes failed to relieve, have taken the plunge, experimenting on their bodies and reporting health improvements on forums throughout the web.

The results are astounding. Formerly sickly, weak, and overweight individuals are reclaiming their health and vitality. Even individuals without significant health concerns see a drastic improvement in their health and energy. It doesn’t make any sense. It shouldn’t work, but it does.

Here are the most commonly reported health improvements seen in the carnivore community.

One of the main perks of the carnivore diet is vanity: it’s likely to make you thin, strong, and shredded. Carnivores often find stubborn fat melts away effortlessly, leaving sculpted muscles in their wake.

This may have to do with the fact that a carnivore diet is ketogenic, which shifts your metabolism into fat-burning mode. However, many individuals who hit a weight-loss plateau on a conventional ketogenic diet found were able to budge their remaining pounds after going all-meat.

The carnivore diet is also excellent at building and maintaining muscle. Many carnivores report that less effort is needed at the gym to maintain a toned physique. While some carnivore women bemoan becoming “too muscular,” some may see this as an enviable “problem” to have.

Carnivores often report improved skin elasticity, plumpness, and tone. Some carnivores report remission of dry skin, rosacea, psoriasis, and adult acne. Skin conditions are frustrating. Not only are they a health concern, but they’re obvious (and embarrassing) to everyone you encounter. Many carnivores found this to be the only diet to heal their skin.

Perhaps the best candidates for a carnivore diet are those suffering from an autoimmune condition. Many patients suffering from inflammatory bowel disease (such as Crohn’s and ulcerative colitis), rheumatoid arthritis, and multiple sclerosis happily report a complete or substantial remission of symptoms by going carnivore.

Autoimmune conditions can be both disabling and deadly. While medical science does not understand the carnivore diet, it may offer hope to those crippled by autoimmune diseases.

Many individuals gravitate to the carnivore diet for the purported mental health benefits. The carnivore diet has been reported to improve many serious mental disorders, including depression, anxiety, and bipolar disorder.

Many carnivores without serious disorders report more patience, slowness to anger, and a general sense of well-being. Also noted are a lack of brain fog, more industriousness, and overall mental sharpness. Given this, the carnivore diet has the potential to be genuinely life-changing.

It’s worth mentioning that many diabetics and pre-diabetics have found the carnivore diet an excellent way to moderate blood glucose. Many diabetics can even discard their regular insulin injections after adapting to the diet.

As it turns out, not everyone thrives on a high-fiber diet, and many individuals will see improved health by removing fiber altogether, despite what the dietary guidelines might say. For many, ingesting fiber means feeding bacterial overgrowth and causing bloat.

Carnivores often see their waistline shrink by several inches upon starting the diet, even though the scale stays the same. That’s because those extra inches weren’t fat–they were bloating.

Carnivores may have a difficult adaptation when it comes to going to the bathroom. However, after an adaptation period, most carnivores report improved and regular bowel movements with no complaints of constipation.

The carnivore diet may drastically improve your dental health. The complete avoidance of sugar and carbohydrates means your teeth are unlikely to develop caries, cavities, and tooth decay.

Despite an impeccable dental routine, many individuals who suffer from bleeding gums find their gums become healthier upon going carnivore.

Carnivores were previously prone to chipping and cracking to find their teeth strengthened over time. This all sounds pretty good. The carnivore diet is flummoxing dentists everywhere.

The reason the carnivore diet works so well is not well understood at this time. Some theorize that individuals benefitting from carnivores are benefitting from ketosis rather than the elimination of all plant foods.

Others suppose that completely removing plant toxins, such as phytates, lectins, and oxalates, allows specific individuals to heal from their ill effects.

One thing is for sure: this diet flies in the face of conventional nutrition science and governmental guidelines. The current evidence in favor of the diet, while astounding and consisting of thousands of accounts, is mainly anecdotal. To commit to the carnivore diet is to accept that you are experimenting with your own body.

Does the carnivore diet put you in ketosis?

One of my go-to health & wellness sites, Onnit, explains: When you’re on a carnivore diet, you exclude all plant foods. So, you consume zero carbs. Like the ketogenic diet, your body learns to make carbs (a process called “gluconeogenesis”) for energy.

It depends on what animal foods you’re eating and how many of those foods you eat. Protein can cause too much gluconeogenesis, which prevents the body from experiencing ketosis.

Help spread the word. You're awesome for doing it!